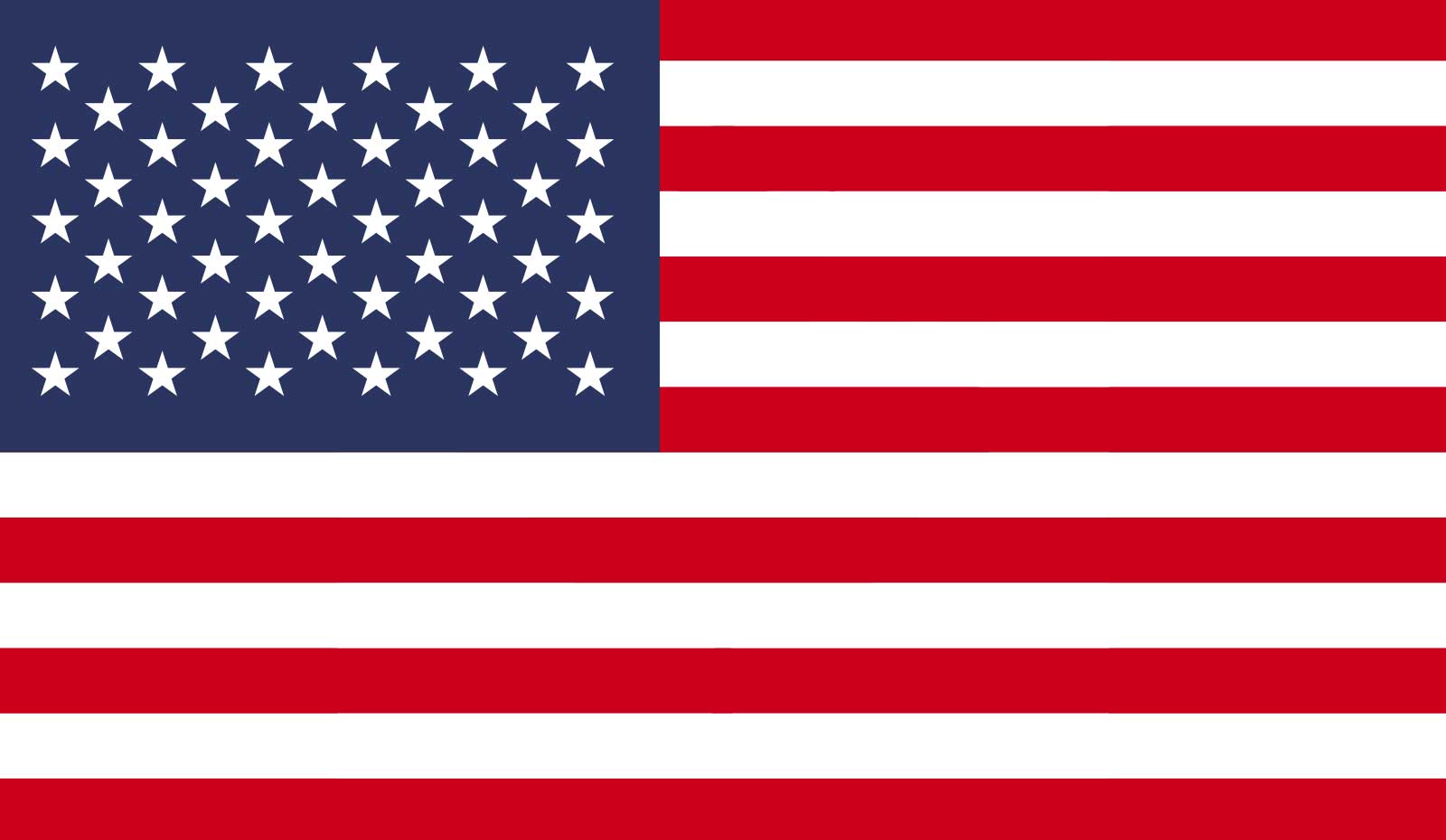 Our Members in the United States

Meet Kathi Anderson who co-founded Survivors of Torture, International in San Diego, USA, in 1997 and led the organisation for 25 years.

As STI prepares for new leadership, its founder reflects on a long career of care and commitment, and the lessons learned in the fight for healing and justice for torture survivors.

San Diego’s location, just 30 kilometres from the border with Mexico, makes it a hub for refugees fleeing violence. But back in the 1990s, the city had little or no services for those many refugees left traumatised by torture. Anderson saw the need, and so with two co-founders set up a torture rehabilitation centre that has now helped thousands of survivors rebuild their lives.

“People certainly have come to us from Latin America, but many more from Africa and the Middle East and right now from Eastern Europe, people who are fleeing and looking for safety,” says Anderson.

“And those people, on average, travel through ten countries to get to this border. And these very expensive, arduous, dangerous trips cannot be overstated. So I think one of my learnings in working with people 25 years ago or now is the resiliency of the human spirit and how determined they are and what survivors they are.”

Over the decades, torture became part of America’s national conversation in ways Anderson had not imagined possible, such as the questioning of the absolute prohibition in the wake of 9/11.

Yet the difficulty of the work was always more than offset by learning from the resilience of the survivors themselves.

“This has been very challenging work, no doubt about it and very rewarding, very inspiring work, all of the above,” says Anderson. “And just when you think that things are settling down, they aren’t. There’s another crisis in the world. But it’s rewarding work because it goes back to those individual lives where we can and do make a very real difference. It’s heartening to know that we have an impact not just on an individual but even generations. I don’t know how many jobs and careers are out there and where people can say that.” 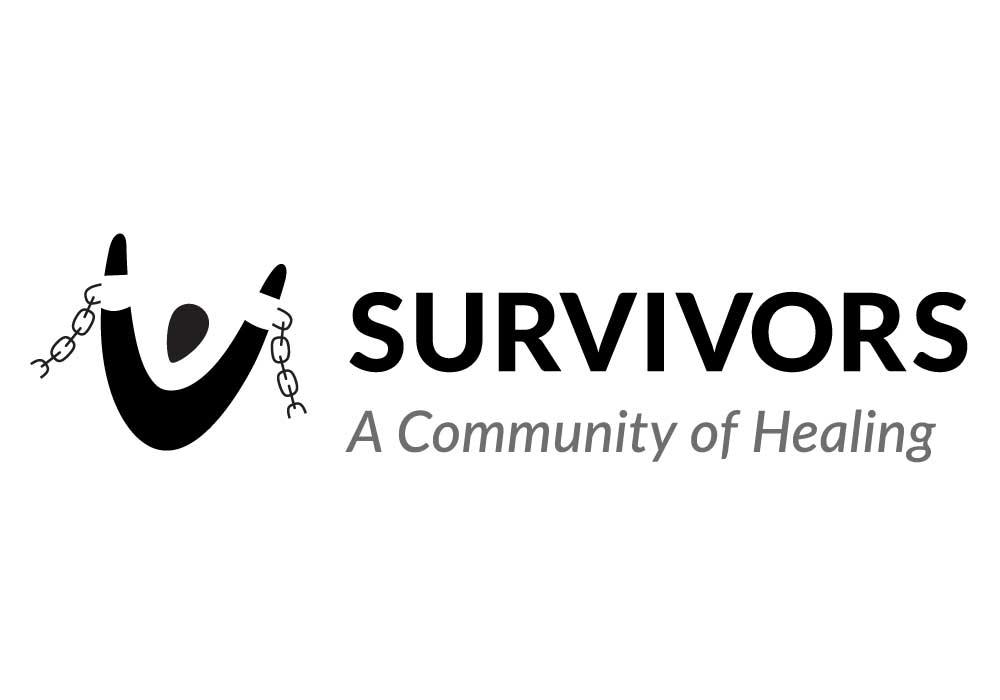 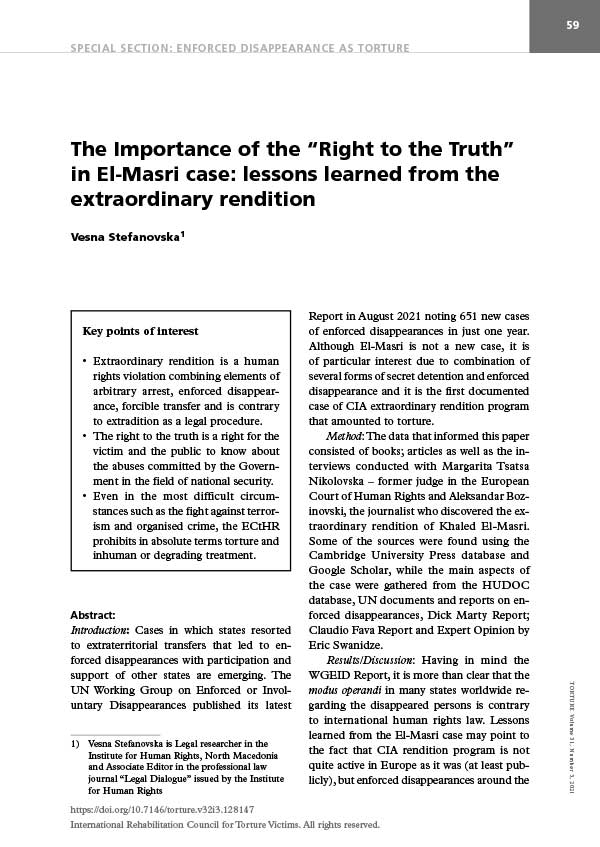 The importance of the “right to the truth” in El-Masri case: Lessons learned from the extraordinary rendition 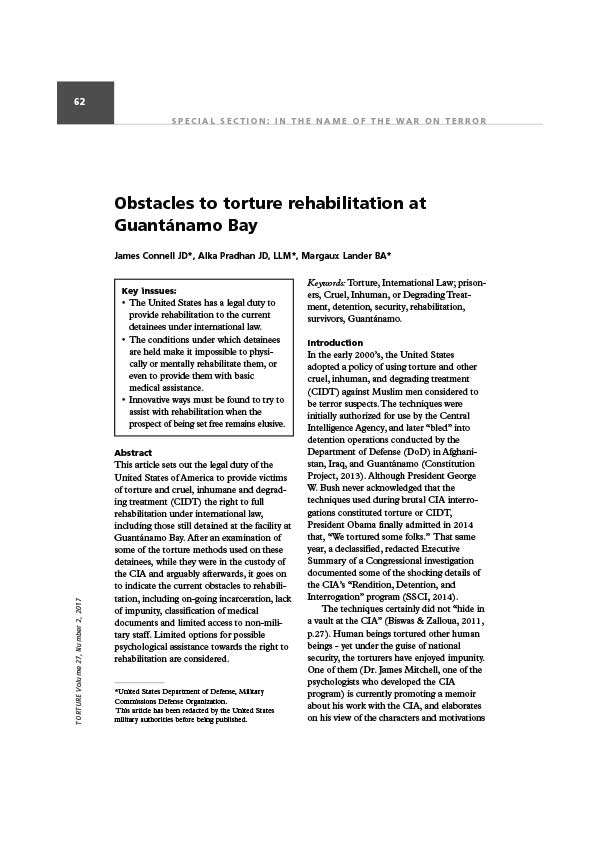 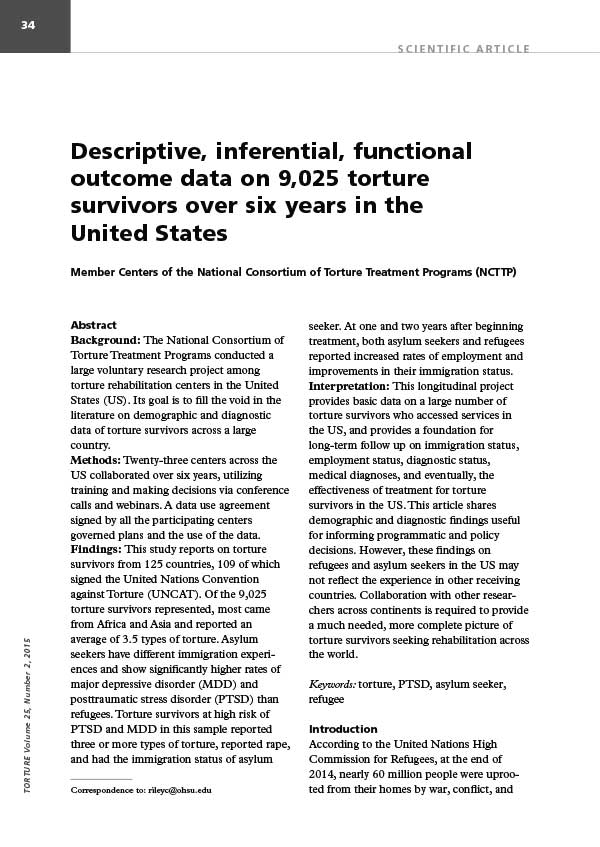 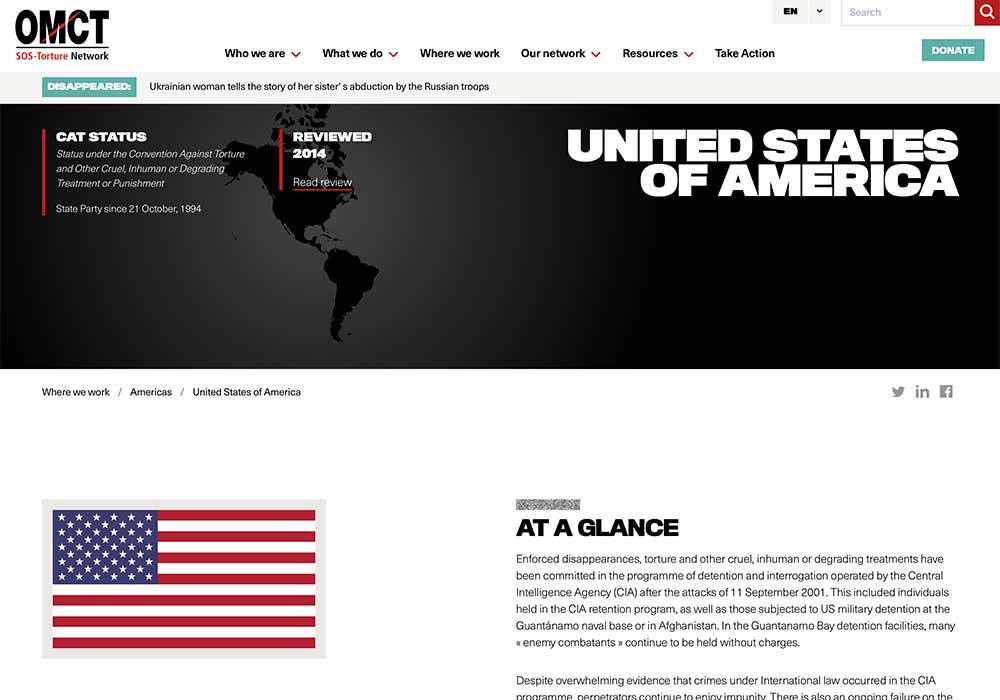 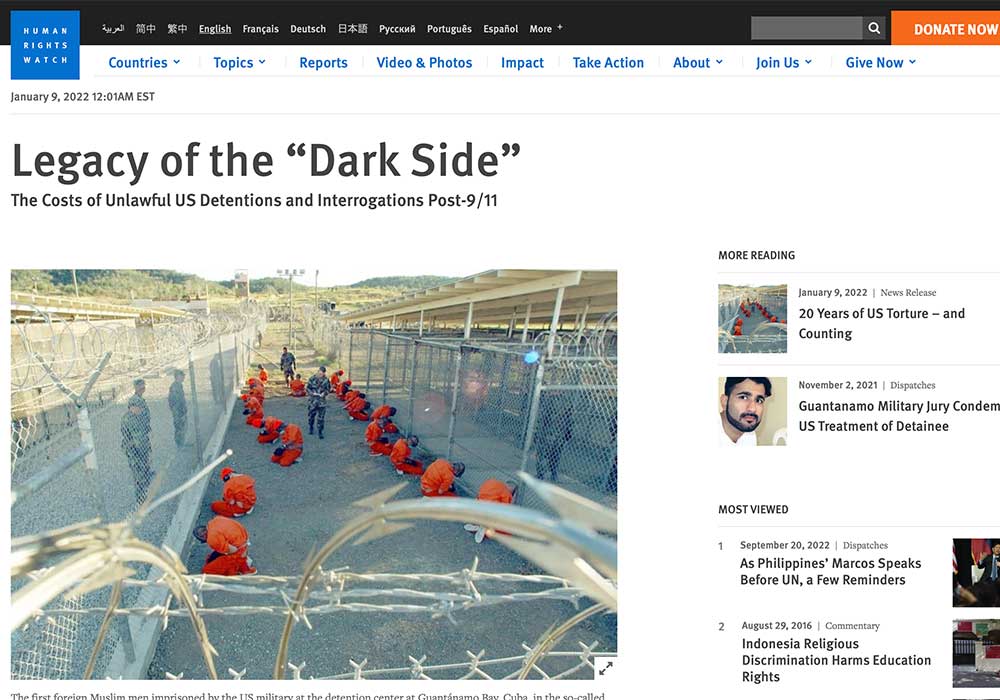 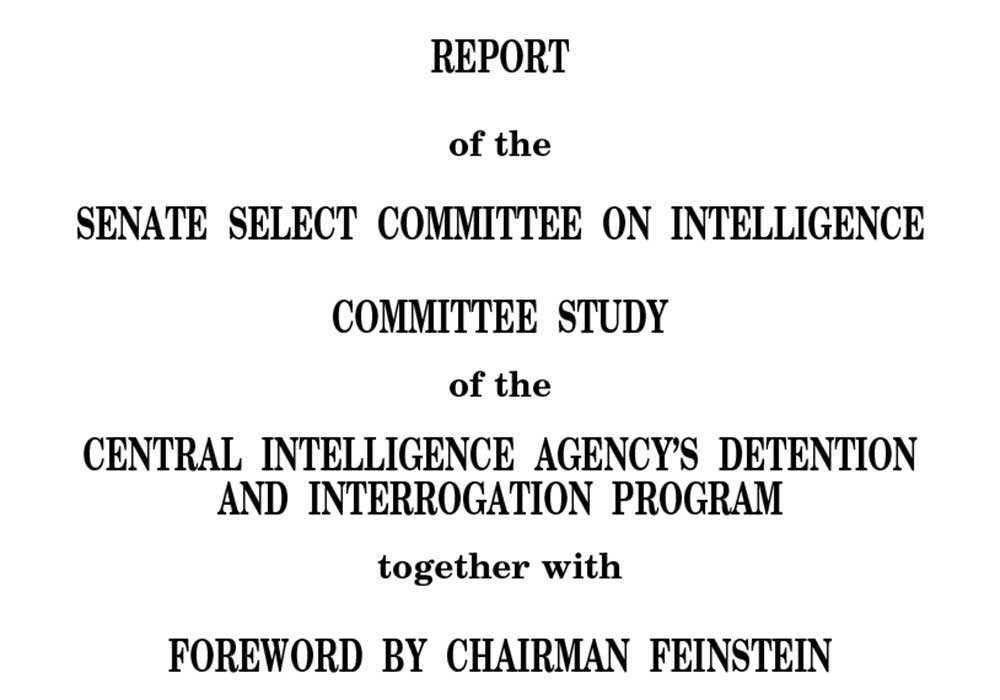 This website is owned by the International Rehabilitation Council for Torture Victims, hereafter referred to as “IRCT”.

While every effort has been taken to ensure that all details are correct, the IRCT cannot accept any responsibility for the accuracy of information contained on this website, nor for the consequences of any actions taken or not taken as a result of this information.

The IRCT assumes no liability for any loss or damage as a consequence of the material published on this site or its use by third parties, regardless of whether this is due to errors in or to inappropriateness of the material, or for other reasons.

The IRCT welcomes the construction of links, where relevant, to this site, provided that the link is directly connected to the IRCT web address. Such links may not be used for advertising or similar purposes. If a link is created, IRCT’s webmaster (email: webmaster@irct.org) must be informed.

The IRCT’s website provides links to other Internet sites for the convenience of users. The operation and content of such third party web sites is beyond the IRCT’s control. The IRCT does not endorse in any manner whatsoever or accept any responsibility for the content or other material that may be contained on such web sites, the use of such web sites, or any products or services advertised on or sold through any such web sites.

It is permitted to copy material from this Internet address – either electronically or on paper – provided that The IRCT is stated explicitly as the source.

Comments to this site

The IRCT, through its webmaster, would appreciate to be informed of any errors found in this site. Suggestions for improvement and comments are also welcome.

This website is owned by the International Rehabilitation Council for Torture Victims, hereafter referred to as “IRCT”.

Use of personal information

The IRCT supports the rights of individuals to maintain privacy of personal data. The IRCT does not collect any personal information about users, except that which is knowingly and specifically supplied to us by the user. Unless stated otherwise, when users are on the IRCT website, any personal information given by them remains with IRCT alone. We will not provide any of the users’ personal information to other parties unless this is necessary to provide users with services or goods that were specifically asked by them. For example, our online donation service is provided by a partner company and this is stated on our donation page.

IP addresses (the Internet address of a computer) are logged to track a user’s session while the user remains anonymous. We use this data for statistics and to analyse certain trends, such as which parts of our site users are visiting and how long time they spend there. We do not link your IP addresses to anything personally identifiable to you.

The IRCT uses the information we collect about you to facilitate our understanding of our web visitors and to be able to send communications that you have subscribed to or that may be considered of interest to you.